Quick! Sale! Last chance to get Beachwalk books for 99c! 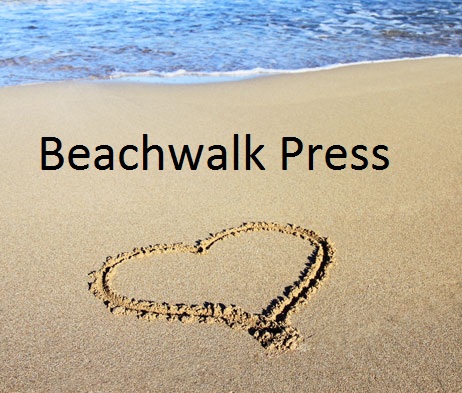 All first books in a series or trilogy is going for 99c - November only - so hurry hurry :D 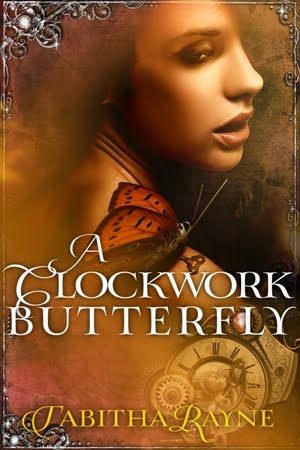 5.0 out of 5 stars 4.5 Stars for a genre-bending erotic read,
By
V. Rundell (Illinois) - See all my reviews
This review is from: A Clockwork Butterfly (The Clockwork Butterfly Trilogy Book 1) (Kindle Edition)
I really loved the concept of this world. It's almost completely female. Even of different species it's rare to find a male. The women are sorted into Donors (for eggs) Birthers (who gestate the embryos) and Mothers. Young women are tested to determine if they are capable of arousing ejaculation from what few men remain. If so, they are sent to be trained in the arts of Collection at manors where men are essentially pampered prisoners.

Lena has been chosen to become a Collector. If she graduates from training she may actually interact with a man. Along the way of her training, a fellow trainee, Mae, seduces Lena. Mae is perhaps not the friend Lena believes her to be--and this is verified when Lena is told that her training has been accelerated. Mae's discoveries of Lena's genetic compatibility with one of the manor's males causes Lena to get bumped to the front of the queue for his Collections.

Angelo is a tentative lover. He isn't interested in a constant barrage of women--he only wants one with whom he can connect. In his opulent room, he is virtually isolated; his only contact with humanity is through his visits with Lena. Lena cherishes their time together, which inflames Mae's jealousy--and further sparks Angelo's possessiveness. He commits a crime of passion--one which gets Lena banished from the manor.

Angelo's despondence at losing Lena is great. He refuses all attempts at Collection until Mae arrives in his room. They strike a bargain: he submits for her Collection and she helps him to escape the Manor. Meanwhile Lena pines for her lost lovers in a prison. Her punishment is to accept sex with new lovers without growing attached--this is easy, she only cares for Mae and Angelo. Any pleasure she gains from her punishments is enhanced by imagining it is they who are with her, not her captors.

There's a lot of sex, and I wasn't put off by the F/F, mostly because the writing had such a fantastical quality about it--I liken it to Ann Rice's BEAUTY series in that regard. While it's a future society, the modern trappings have mostly disintegrated and people have gone back to the land to survive. Science does exist, because all the technology of IVF is present by necessity, however the people live much like pre-Industrial times, in small close-knit communities with horse transport and limited rail. Angelo spends his free time inventing clockwork animals, among them a clockwork butterfly which can home in on the person whose DNA it last sampled. By releasing Lena's butterfly, Mae and Angelo endeavor to follow it to Lena's prison and rescue her.

It's an interesting read, and gave me a lot to think about with regard to our overchemicalized Earth and the loss of species we are already experiencing (thanks Monsanto!). Plus, I mentioned the lots of sex, part, right? It wasn't gruesome or sloppy. I enjoyed Lena's seduction by Mae, and Angelo's seduction by Lena. It becomes clear about two-thirds in that this will become a menage, and that doesn't disappoint, either.

During the month of November 2014 purchase the ebook versions of these            first books in a romance series for only 99 cents each!

Kane’s Mate by Hazel Gower (The Armageddon Mates Series)
Confessions of a Sex Demon by Jaye Shields (The Sex Demon Trilogy)
Taming the Hunted by Larisa Anderson (The Hunters Series)
Forsaken Heart by Elise Whyles (The Forsaken Series)
Project Terminal: Legacy by Olivia Starke (The Project Terminal Series)
War’s End by Imogene Nix (The Reunion Trilogy)
A Clockwork Butterfly by Tabitha Rayne (The Clockwork Butterfly Trilogy)
Super Love by Stephanie Beck (The Justice Fraternity Chronicles)
Forgotten Memories by Theresa Stillwagon (The Winter Creek, Montana Series)
Fool Me Once by Lacey Wolfe (The Hot Bods Series)
The Monster of Fame by Aimée Duffy (The Price of Fame Series)
A Love Stolen by Ella Jade (The Steeple Town Series)
The First Night by Sidda Lee Tate (The Night Series)
Business and Pleasure by Emily Wood (The Rags and Riches Series)
Undone by His Desire by Dilys J. Carnie (The Lost Sisters Trilogy)
The Baby Contract by Olivia Starke (The Billionaire Bachelor Series)
Stealing His Heart by Ella Jade (The Kingston Heat Series)

Now off you go and treat yourself!