That's right folks - Bring on the dancing girls! Pucker your lips around that bugle - make ready for the fanfare parade - Chemical [se]X is now available! 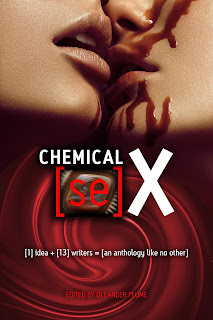 Sex and chocolate! Was there ever such a marriage made in heaven? Isn't the thought of it making you bite your lip? Chocolate melting on your tongue…desire pooling in your gut… There's a chemical connection between sex and chocolate that makes our craving for the pair together far more than the sum of its parts. Oleander Plume has always been obsessed by this coupling and so, inspired by her wicked short story Chemical [se]X, she corralled a baker's dozen of erotica writers and force fed them chocolate until they complied with her wishes. Each one of them has turned in a mini-masterpiece of chocolate, seduction and red-hot sizzling sex that will have your cheeks burning and your fingers reaching for just…one…more. All of the writers Oleander selected are at the top of their high caliber game. From seasoned writers who've already proved their mettle to a number of extraordinarily gifted newcomers, you'll find so much satisfaction between these pages. In every story, the aphrodisiac chocolates developed in Oleander's original story put in an appearance—causing a submissive to turn Domme, kicking off an orgy at a roller disco, rekindling a long-dead marriage, and playing havoc within the repressed confines of religious order. Men jump on men, a woman jumps on her husband's boss, twosomes become threesomes become foursomes… These chocolates need to carry a warning—just like this book—too hot to handle! Naturally, each copy of Chemical [se]X should come with its own small gold box of aphrodisiac chocolates. We're so sorry it doesn't! But rest assured, the stories you'll find between these pages will leave you just as heated as any aphrodisiac could have done. Finger-licking good!

Here's the trailer to hopefully whet your appetite (and panties, if we've done our job properly!) 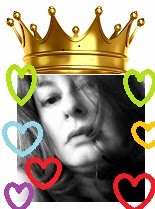 This has been an amazing book to work on - mainly because of how much fun and hard working the other authors are - but this was all brought together by one incredible lady - if you don't know her already - you bloody well should - it's the editor - the awesome, the incredible, Queen Oleander Fuckalicious Plume! Follow her on Twitter, not only is she supportive and creative, she's hysterical!

Here's some bit's about the stories you can expect to get you hawt!

Oleander Plume's Chemical [se]X kicked the whole thing off as a potent South American herb is developed into the most irresistible chocolate ever. In Malin James's Bittersweet, one taste of the sexy chocolates is enough for a submissive to come over all Domme with her married lover. For her first published outing, Ella Dawson takes us back to the college dorm where the Friendly Neighborhood Drug Dealer is peddling candy that has a whole new affect… In Flat Warming, Exhibit A's lovelorn bachelor finds succor when a different kind of hunger drives new flat mates to set aside the sweets and start munching on each other instead. For a long-time married couple, life in the bedroom has virtually ground to a halt in Jade A Waters' The Connection. That is until the wife hears about a new brand of chocolate… In Tabitha Rayne's, The Dinner Guest, a couple unearth their secret kinky desires when an old college friend starts dishing out the chocolates. When a temp lands a job in the offices of the chocolate manufacturer, she uncovers some unexpectedly sweet perks... It's Chocolate Covered by F. Leonora Solomon. In [du]X, Dario Dalla Lasta takes us for a testosterone-charged spin around the roller-disco courtesy of, you guessed it, some very special chocolates. When her husband's boss comes for dinner, one woman's dessert turns into something extraordinary when she chooses a novel ingredient for making the ganache—Dinner for Three from L. Maretta. In Jacob Louder's Thursday Threesome/Birthday Foursome the usual dynamic of a Thursday threesome is all shook up by the arrival of an extra guest and the ingestion of the aphrodisiacs. C. E. Hansen offers us a sizzling journey home from work in The Commute—after all, why wait until you get home? Disappearing into the woodshed usually means a horror story, but not in Tamsin Flowers' lethargic, Deep South encounter with The Stranger. In Oleander Plume's Coffee Break, two young contractors take on more than they bargained for at the Mayor's residence—but then maybe they shouldn't have helped themselves to the chocolates! The collection closes with The Alleged Savage, Annabeth Leong's delicious novella of repressed lust, original sin and chocolate frenzy

Come and buy your copy now - you'll be oooozing oxytocin before you know it!