Woweee - can you believe it? the hundredth Sunday Snog! Welcome along to the saucy kissing action.
It's a very special Snday snog - as not only will it be the 100th - we are also raising money for Medicin Sans Frontier so please take a lovely lazy morning look at all the other snogs and, if you feel inspired to, follow the links for the Just Giving page to make a donation.

Here, let me wash you.’ Hazel darted to the poolside and brought back a bar of soap. Deborah was a little taken aback when Hazel rubbed the soap into a thick foam and passed it to her. ‘Here, hold this,’ she said, turning Deborah away. Deborah tingled as the lightest touch floated across her neck and shoulders, getting stronger and firmer as it went. Hazel started to knead the suds into her flesh, around and around in a hypnotic rhythm, sending Deborah into that hazy place of languid arousal. She let her eyes fall shut and Hazel reached under her arms, lifting them skyward and gently asking her to hold them there. Deborah did as she was bid and leant back into the caresses of the older woman. Her touch was like silk as it snaked up and down her arms, raising the tiny hairs and making her flesh buzz. 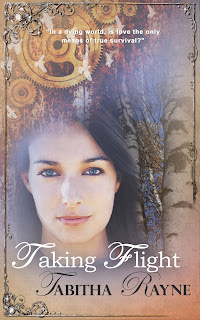 Hazel reached lower into Deborah’s armpits and then her ribcage. Deborah knew this was a seduction but she could do nothing to resist. She peered down to her breasts, which were riding high on her chest, forced up by holding her arms in the air. Hazel’s touch ventured around just below them and, despite herself, Deborah willed her to cup them, knead them. The warmth of Hazel’s breath tickled at her neck as she slid her hands up over the swell of Deborah’s breasts, taking her nipples between each thumb and forefinger and squeezing gently. Deborah sighed and leant back into Hazel’s shoulder, not quite tall enough to lay her head on it.

‘You’ve got beautiful tits,’ Hazel purred and the word snapped Deborah out of the hypnotic spell. She pulled away from her embrace just as they heard the sound of footsteps approaching. Birch and Marcus swept through the undergrowth as Deborah ducked under the water, trying to shake off what might have just happened. She’d long known she and Marcus were unusual because they were monogamous, but the situation had never really arisen before that they felt they wanted to take other partners. Because of this, what had almost just happened between her and Hazel made Deborah feel guilty. She wondered what Marcus would have thought if he’d come just a few seconds earlier. It was like they were a married couple from the history books. Society had once been built on monogamy; affairs outside wedlock deemed a terrible thing, leading to families splitting up and dreadful heartache. In theory, a society that promoted free love between consenting adults was a good thing – a more mature way of thinking – but Deborah felt she’d been monogamous too long to happily go down that route, guilt free.

‘That looks good, mind if we join you?’ Marcus looked genuinely happy at last and Deborah had to wonder at how quickly Birch had gained his trust.

‘Of course,’ she cried, beaming up at him, but with one hand she reached down between her legs and swished away the pool of desire that had welled there.

The two men pulled their tops off and hopped while they yanked off their bottoms in perfect unison.

‘Isn’t this amazing?’ Marcus smiled as he waded towards her, not even flinching at the cool water. ‘I’ve never been anywhere so beautiful.’ He picked her up and kissed her deeply in full view of Birch and Hazel. Deborah wrapped her arms around his neck and blushed as he bobbed her down in the water to let her feel his stiffening rod prod at her. Her body, still hot and confused, clutched at this advance and her pussy flooded with heat and desire, juices mingling with the slow-flowing river.

Marcus released Deborah and pulled her into a languid embrace, floating by his side. She rested her head into him and the two couples looked at each other and smiled contentedly. And while her heart began to slow into a steady rhythm again, Deborah felt real peace for the first time in longer than she could remember.

“Find me at the meeting point. We are more than the physical.”

Four generations from now, toxins are ravaging the land and the future of mankind is in peril. The surviving men are being rounded up and taken to holding facilities. Research scientist, Dr Deborah Regan is hoping to stabilise the decreasing male population before her lover, Marcus becomes one of those taken away.

When the authorities come looking for Marcus, Deborah abandons her research to go on the run with her lover. They flee to the forests where they stumble across a couple who are intent on finding an ultimate sexual union where at the point of climax their spirits break free from their bodies and unite. Plunged into a life of lust and survival, Deborah soon realises she can easily slip into this trancelike state and she and Marcus set out to create a transcendent bond of their own. Can they achieve the ultimate unity before fate separates them for good?

In a dying world – is love the only means of true survival?
Buy Links for Taking Flight
AmazonUK
Amazon.Com
Buy links for A Clockwork Butterfly
AmazonUK

Please remember to check out the other snogs - there's a whole lotta kissin' going on today! We smashed our £100 target for Medicins sans Frontier - but please, help us do even better!
Thanks for stopping by hope you enjoyed puckering up with me x x x