Hey there fellas and fellassies (!)

Today it's my pleasure to have Brit Babe Kay Jaybee with me for the relaunch of Yes Ma'am - tell us all about it Ms Jaybee...

Doing as she says!


In 2012 I wrote a collection of female dom and male submissive stories called Yes Ma'am. To this day, it remains amongst the favourites of all the anthologies I've written, and I am delighted that it has been given a fresh new cover!!
I just love writing short stories, and those with a BDSM theme have always appealed to my writer’s imagination.
Check it out!!
A collection of six arse spankingly, wrist binding, whip wielding tales of female domination, Yes Ma'am contains straight, lesbian and bi-sexual encounters of the S&M nature.
Lying in Wait - Cadet Luke Porter is the least successful army recruit in the squadron. The butt of his comrades jokes, his reputation badly needs improving, and he is desperate to do well in the seek and rescue exercise he’s about to embark upon. Some of his female counterparts however, have other plans, and are determined to find out just how far Luke will go to improve his standing within the regiment...
Black - He is intoxicated by the woman in black. He can't explain why he needs to see her, why he willing does precisely what she tells him to. Why she has such an effect on him, as she sits him in the backroom of a private club and weaves her web of control around him. He is beginning to think he has sold his soul to the devil herself...
Dear Claire - Ali has secretly lusted over her best friend’s lover Rick, for a long time. At least, she thought it was a secret. When her friend Claire asks her to take coffee into Rick as he lies in bed,  it appears that Claire has left Ali a gift wrapped present; her boyfriend, shackled, blindfolded, and ready for Ali to do whatever she likes with. Amazed by Claire’s generosity, Ali doesn’t know where to start, until she sees the neat sentence tattooed on Rick’s arse, ‘If I don’t obey my mistress, I will be punished.’
“Don’t You Emma” - In a delicious corruption of Lee’s longed for fantasy, his lover Daisy arranges for them to share another woman. Rather than enjoying a full-on threesome however, Lee finds himself forced to sit and observe his partner perform all the chastisements she normally saves just for him upon a girl called Emma. A girl who, it seems, can withstand the punishments Daisy dishes out with far more self control than Lee has ever managed. Simply sitting in an armchair has never been so difficult...
Not Taking the Tube – Venting his frustration at being delayed yet again by London’s Underground system on the nearest official, the harassed businessman finds his complaints aren’t received in quite the way he’d expected. The petite guard upon whom he directs his anger has just about had enough of the constant string of complaints from the commuters she tries to help. Swiftly turning the tables on her latest assailant, she realises her own pent up anger quickly, sexily, and with the expert use of her surprised companion’s black leather belt...
Rachel’s Twisted Tale - Imprisoned in a bare room, high at the top of an old house, totally naked, her long golden plait wrapped around her body, Rachel waits. She waits for her mistress gaoler to punish her for being perfect. She waits for Tom, her secret lover, to climb in through the window and fuck her senseless. Rachel knows he could free her.  He could help her escape the agonies and humiliations she endures, but she doesn’t want saving. Rachel needs to stay. Rapunzel never suffered like this.... 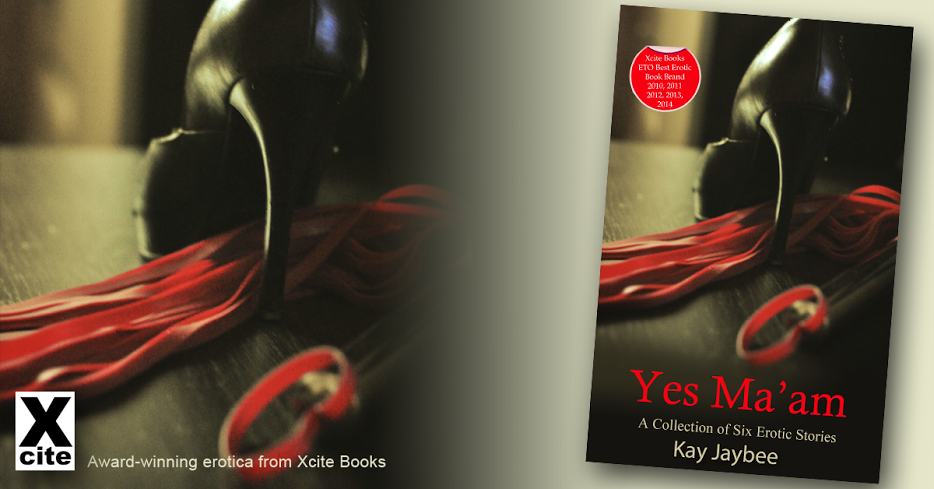 Buy Now
Available from Xcite, Amazon UK, Amazon US and all good Kindle and eBook suppliers.
Many thanks for letting me drop by today!
Happy reading,
Kay xx
Bio
Kay Jaybee was nominated as the Best Erotica Writer of 2013 and 2014 by the ETO.
Kay wrote the The Perfect Submissive Trilogy, (Xcite, 2011-14), Making Him Wait, (Sweetmeats Press, 2012), The Voyeur (Xcite, 2012), as well as the novellas, Not Her Type: Erotic Adventures With A Delivery Man (2nd ed. 1001 NightsPress, 2013), Digging Deep (Xcite, 2013), A Sticky Situation, (Xcite, 2012), and The Circus, (Sweetmeats Press). She has also written the anthologies The Collector (Austin & Macauley, 2012 & 2008), The Best of Kay Jaybee (Xcite, 2012), Tied to the Kitchen Sink, Equipment, (All Romance, 2012), Yes Ma’am (Xcite e-books, 2011), Quick Kink One and Quick Kink Two (Xcite e-books, 2010). Kay has had over 70 short stories published by Cleis Press, Black Lace, Mammoth, Xcite, Penguin, Seal, and Sweetmeats Press.
Details of Kay’s work, past, present and future can be found at www.kayjaybee.me.uk
You can follow Kay on Twitter- kay_jaybee,
Facebook http://www.facebook.com/KayJaybeeAuthor
Goodreads- http://www.goodreads.com/user/show/3541958-kay-jaybee
Brit Babes Site- http://thebritbabes.blogspot.co.uk/p/kay-jaybee.html
Kay also writes contemporary romance as Jenny Kane – www.jennykane.co.uk 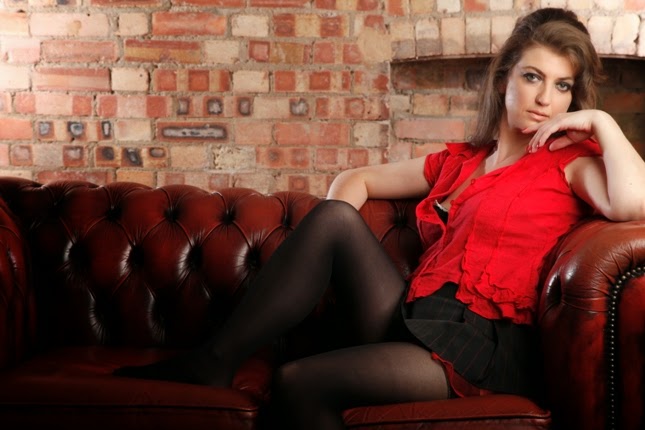