The Pearl Necklace - a new book

It's my pleasure today to bring news of this new book...
There's an appetite whetter at the bottom - and it's hawt! 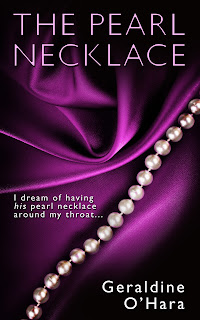 Blurb:
After I’d tapped out a response in the comments section of an online newspaper article regarding slimming pills, I was swept from my life as a lonely wedding planner to be named The Pink Pill Diet Woman. Once the pills had worked their magic, I earned the name of Glamour Girl, and my life became an endless round of TV, radio and newspaper appearances, with stretches of boredom that led to me fantasising about my hunky security guard.

He was sexy as sin and out of my league, but a girl could dream, couldn’t she? And dream I did, any chance I got. I longed for him to slide into bed with me and treat me to a night of passion I’d never forget, but how the devil would I get him there? Management had forbidden us to interact as anything other than what we were—Glamour Girl and her bodyguard. But as well as dreaming, I had a naughty streak. Rules be damned, I was going to break them. He had a pearl necklace I wanted draped around my neck—and I was going to get it.

Excerpt:
He stood in my bedroom doorway and stared behind me at the window. “Curtains. Close them.”
I loved the way he’d commanded me, how he was trying to shirk off his shyness. It made my knees weak and my cunt ache even more. I turned and went to do as he’d asked, then stopped and said over my shoulder, “Only if you’ll tell me your name.”
“You were right earlier. It’s Henry. Now close the curtains.”
I smiled and, taking a moment once I’d shut out the night, sucked in a deep breath and fought off the urge to pinch myself that my bloody God, this was finally happening. I turned to face him, the bed between us, a huge, huge barrier, and glanced at it then back to him.
“Get on,” he said, jerking his head at the bed. “Get your clothes off and get on.”
I hadn’t undressed for a man in a long time. Before tonight it had been when I was larger—and under the cover of darkness, beneath the sheets. I just had to hope this newfound courage that was surging inside was enough to carry me through.
I popped the buttons on my skinny jeans then pushed them down my legs, sliding one foot under them once they were off and flicking them away. I watched him carefully for his reaction, and all I got was a glimpse of desire darkening his eyes before he quickly masked it. I lifted my vest top off, tossing it to the floor, and stood there in my black bra and knickers, hoping that he’d give me some idea—any idea—of what he was thinking.
“Jesus Christ, you’re so lovely,” he said. “So bloody lovely.”
He skirted the bed, and I stepped back a bit so he could stand in front of me. He raised his hands, and I held my breath, waiting for him to cup them to my breasts. He didn’t, just let them hover there, and stared down at my chest.
“Touch them,” I encouraged, sensing he was too much of a gentleman to do it without asking, even though his intent had been clear. “You don’t need my permission. Do whatever you want.”
I looked up at him, and he shifted his gaze to my face, then, maintaining eye contact, laid his hands where I so wanted them to be. His palms were deliciously warm, their heat seeping through my bra, my skin. I felt every individual finger, his thumbs, a brand that I would always remember and crave more of when we were apart. I could only hope that tonight wasn’t the only one we’d share like this, but I had to treat this time as if that were the case. Revel in every touch, caress, kiss. Enjoy each second and hope they didn’t speed by too fast.
He kneaded, and oh my God, the sensation from my nipples rasping on his palms went straight to my cunt. I wanted him to fill it with his cock, give me a fuck that I’d never forget, so lifted my hips to push my needy slit against his groin. He was hard, so deliciously hard, and the pressure of him on my clit had tendrils of pleasure radiating down there. I clenched my muscles in an attempt to stave off an orgasm that would rage through me if I let myself go now. I didn’t want to come too soon, but excitement and the sheer brilliance of being here with him in this way might prove difficult. That first burst of release was going to be heady, shocking, I imagined, and I needed to steel myself for the onslaught.
“You feel just as I thought you would,” he said, then bit his bottom lip and slid one hand up to my collarbone, the other still massaging my breast. 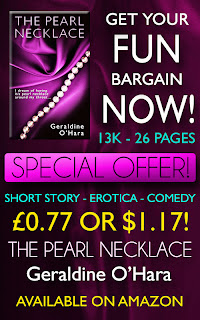 His fingertips on my skin, right beside the strap of my top, brought on goose bumps and a shiver so violent I worried he might think he’d repulsed me.
“You feel better than I thought you would,” I said, a little breathless, my lungs straining as though they were fit to burst. A buzz brought on by anticipation set up home in my ears, and I went lightheaded for a second or two. Bloody hell, he affected me in a way I hadn’t fully predicted. Yes, I’d known I’d go like liquid for him, my bones and heart melting at the same time, but this…this all-consuming fire? No, I hadn’t expected it to be so searing just from the simplest of touches.