A Princess in Chains: Justine Elyot 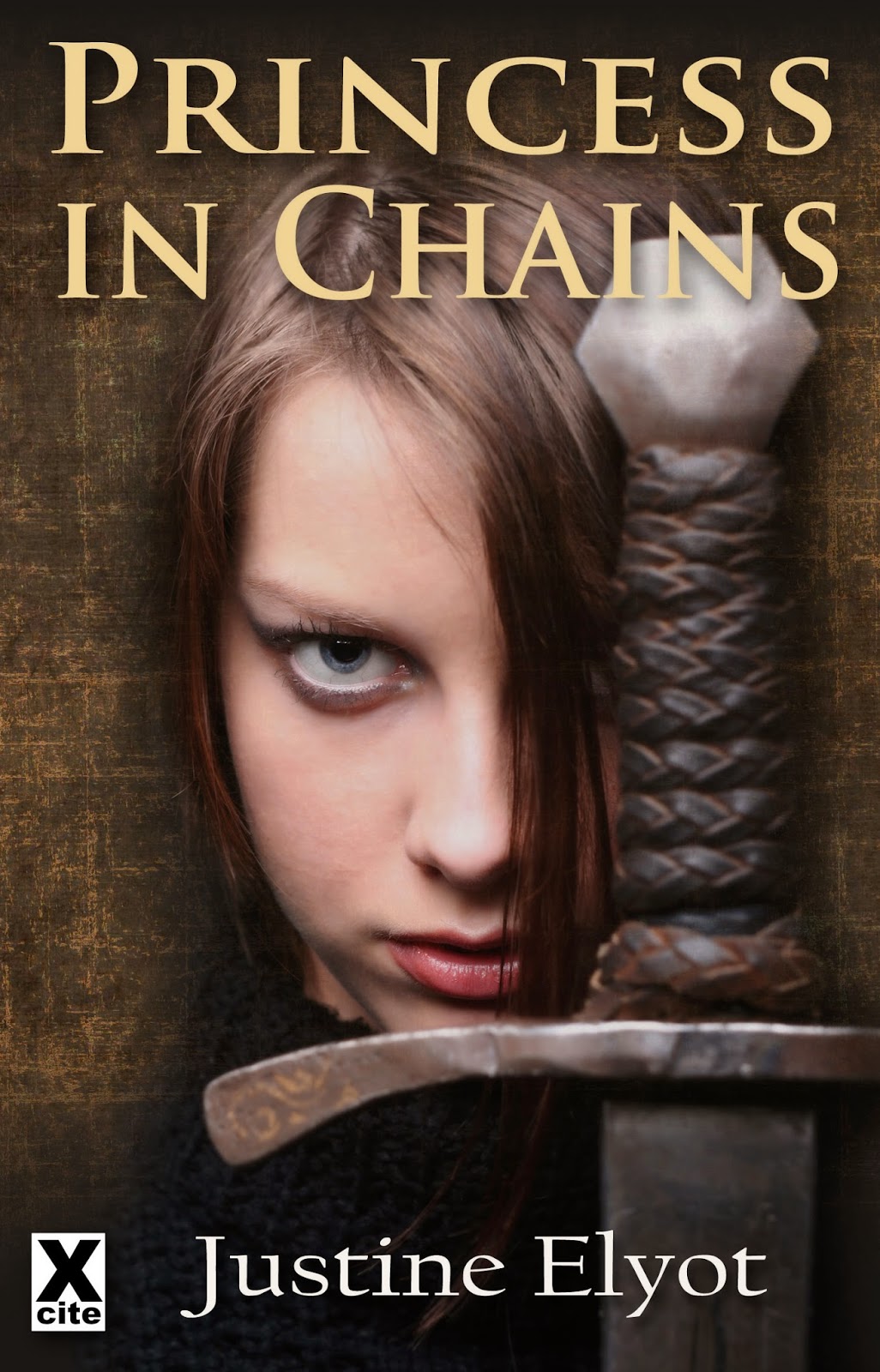 Today I'm delighted to have Justine Elyot here to talk about her new novel and she's going to tease us mercilessly with this extract... naughty thing!

Lovely Tabitha is always so inviting, and today she's invited me to tell you a little bit about my new book, Princess In Chains.


It probably explains itself better than I can explain it, so here's an excerpt:


"'I do not think I shall care to live here.'
Leonore tried to bounce on the mattress of the four poster bed, but it was all furs with no yield in them and she succeeded in doing no more than bruising her bottom.
'It is so very foreign,' agreed Asta, fingering the drape that hung over the door. 'What is this fabric? I have never seen its like.'
'That must be Valish silk,' hazarded Leonore. 'We don't import it in Ystra, but it's highly prized across the Eastern lands.'
'It's heavy. It would be too hot for us to wear back at home.'
'Everything here is heavy,' sighed Leonore. 'Heavy and dark. I will go melancholy mad if I have to live here.'
She lay down flat on the bed, wishing she had heeded her father's words about wearing more layers. She pulled a fur blanket over her.
'Perhaps you won't,' said Asta. 'Perhaps Corvin will decide to live in Ystra.'
'With so much unrest in Vala, that is doubtful indeed. I wonder how many legions of guards they had to take off their duties to accompany our journey? I could scarcely see a thing through the carriage window; the horses were five deep on either side.'
'We should start preparing for the feast.' Asta came to sit beside Leonore on the bed. Smiling down at her, she ran a finger along the other woman's hairline. 'How shall I dress your hair tonight?'
'Anyhow. It's all the same to me.'
'Aren't you even slightly concerned with how you will look for your promised bridegroom?' Asta looked shocked and Leonore laughed at the wideness of her eyes.
'You know he was not my choice. He must take me as he finds me.'
'He is said to be quite handsome.'
'He is said to be a great many things.' Leonore sat up in bed and seized her handmaiden's fingers, squeezing them tight. 'Do you think he really murdered his brother?'
'I cannot say. I hope not. I hope it is scurrilous talk.'
'So do I. A man who would kill a brother might not think twice about ridding himself of a wife.'
'He would have to do it over my bleeding corpse,' said Asta fiercely, making Leonore laugh again.
'I do not know what I have done to earn such loyalty, but I am ever thankful for it. Come. A kiss.'
Leonore pulled her handmaiden into a close embrace, enjoying as ever her soft contours and faint scent of lilies. As a younger princess, she had treated Asta with capricious cruelty and sometimes she was tempted to do it again, to test the limits of the girl's incessantly sweet and forgiving nature. More often, though, she regretted her juvenile excesses and tried to remember that, as future Queen, she must be wise and kind. It was difficult, though. Very difficult.
'When you dress me,' whispered Leonore, her lips in Asta's delicious dark hair, 'will you rub that oil on my skin first?'
'The essence of flora? Of course. It's in my haversack.'
'And have hot water brought up for a bath.'
'I have already ordered it. It should be ready very soon.'
'If Valish fire is as effective as Ystrani.' Leonore pulled Asta down beside her. 'Why don't you loosen my bodice? I can scarcely breathe.'
It was the opening of a familiar game for the princess and her handmaiden. Leonore gave the orders and Asta obeyed. At first, Leonore had kept her demands within certain bounds, not wanting to frighten her doe-eyed servant into shock, but as time had passed the boundaries had broadened, touch by touch, kiss by kiss, and now Leonore was able to make Asta do anything she pleased."


Hmm, that Leonore is in for a rude awakening… Here's the blurb:


Leonore, heiress to the Kingdom of Ystra, is promised in marriage to Corvin, unpopular monarch of the neighbouring Kingdom of Vala. When their first meeting ends in disaster, she is tempted to take her handmaiden, Asta, out of the castle to sample an evening of common delights in the city - but forces she hasn't reckoned with are against her, and Leonore finds her destiny taken from her hands. She must embark on a quest to undo the wrong she has accidentally done, accompanied only by a handsome cooper's boy and the address of a mysterious alchemist whom, she hopes, will be the key to her success. But nothing is as it seems, least of all Leonore's own heart.

Thanks for reading – and thank you, Tabitha!

Thanks Justine - don't stop! What a teaser - honestly! Well, well just have to go and buy it ;)
Posted by Tabitha Rayne at 07:00