Beachwalk Press goes down under!
Join fellow Australian authors Imogene Nix, Jess Buffett, Larisa Anderson, Hazel Gower, and Susan Child as they celebrate Australian Day. From January 24th-26th, their books will be on sale at the Beachwalk Press website for 99 cents!

Today as part of the Australia Day celebrations I have Imogene Nix to share her love of Oz!

Australia is such an interesting country. We are one of the world’s most urban settled countries, yet we have such an affinity to our farming heritage.  The immortal words of Andrew Barton (Banjo) Patterson:
And the bush hath friends to meet him, and their kindly voices greet him 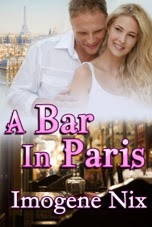 
In the murmur of the breezes and the river on its bars,

And he sees the vision splendid of the sunlit plains extended,
And at night the wond'rous glory of the everlasting stars.

Yet Patterson, a solicitor (Lawyer) was actually an urbanite from Sydney (though originally born on a property in New South Wales.) The works of Paterson are etched into the psyche of many an Aussie… They include The Man From Snowy River (ever seen the movie? http://en.wikipedia.org/wiki/The_Man_from_Snowy_River_(1982_film) ) and Waltzing Matilda.  If you haven’t ever heard/read/seen these, I recommend you do!

But back to my original post. Where most countries have a “single definition” of what they are, we don’t. Being such a diverse country, in fact over a hundred years ago, we were struggling with out identity, just as we do today. But what is an Australian?

Some would say it’s a “Ringer” (cowboy) from the Outback… Others will tell you it’s the blond haired blue-eyed surfer dude from Bondi.  I guess, because most of my married life has been in regional and remote Queensland I tend to gravitate towards the first.  I live right alongside some great Australians – they epitomise (for me) what being an Aussie is all about – a person who becomes stronger through adversity and finds workable solutions to problems because parts and items aren’t available. Let me give just one example.

The young guy my oldest daughter travels to work with every day  is an excellent example. He was a Queensland Hero during the floods 3 years ago. He works for the local council and when our water resources were down to 3 hours left, he organized a crew, walked along the railway tracks to various farms and collected agricultural pipes He then rigged a tractor to pump water from the river… which was then primary treated. Sure, we were on water restrictions and had to boil water… you know what? There was still a supply! (At the time he was a first year engineering student.)

We are a land of inventors – mainly because of geographic isolation. The Royal Flying Doctor Service is a brilliant example. http://en.wikipedia.org/wiki/Royal_Flying_Doctors

To learn more about Aussies and their ways of dealing with life in a harsh land, just check these inventions! http://en.wikipedia.org/wiki/List_of_Australian_inventions

So when I celebrate Australia Day, I’m celebrating not just cultural diversity, but also the long and illustrious history of people who have lived in and made their home in some of the harshest places on the planet. What’s more, we’ve thrived and found new and innovative ways to do so.

To me, that’s what being an Aussie is all about!

Ever considered a naughty weekend?  A “Hook-Up” with no strings?
What does a woman do when she’s turning thirty? She takes a sexy weekend trip to Paris looking for commitment-free sex. Or, that’s what Davina Chalmers does, anyway.
Enter Johnathon a tall charming Englishman. How can she possibly resist his charm and that dimple?
But what starts out as a lark quickly becomes so much more. But how does one weekend become a lifetime? And how does a lie of omission bring everything into jeopardy?

The waiter smiled and I sighed. “Time to go.” As I started to rise, gripping my bag in my hand, the bell above the door rang and I watched with interest as the sexiest man I’d ever seen entered. The cool blonde on his arm was scowling and he pried his fingers from her arm then walked away. For a moment, she wobbled on her stilettos before she sneered in her super chic French way only they can pull off and stalked out the door. It slammed so hard the panes of glass shuddered.The man scowled, but to be honest, it didn’t hurt at all. He was tall and well built. Blond hair with gray eyes.My mind screamed that this man that could probably satisfy my needs. He didn’t appear even slightly inebriated and he was obviously single now, if that little carry-on was to go by. Perhaps this was my chance? I smoothed down my black dress, making sure my cleavage was just peeking out, then I sucked in a deep, deep breath and stood, hoping to catch his eyes.
I watched the man stalk to the bar and order in perfect English-accented French. “Une bière, s’il vous plait.”
My toes curled at his voice and the waiter hurried to do his bidding. Mr. Sexy’s voice was cultured and deep. I like voices, particularly men’s voices. They can make me go gooey at the knees, and this one warmed my insides to the consistency of thick, warm honey. And I knew he was the one I wanted to be with all night long.
The server handed over a bottle of beer and a glass, but Mr. Sexy looked at the bottle, grimaced, and then took a long pull.
The other men at the bar started talking in low voices, putting aside newspapers. They paid their money and left.
I didn’t want to think it was because of the dangerous aura surrounding the man. It was, after all, three in the morning. No, there had to be something else. But I was sure it wasn’t the time to ask these questions.
The small bar was quiet now as I was waiting alone with the mystery man. The waiter disappeared to the back. Obviously, with only two patrons left, he could do other things. I sucked in my confidence, folded it around me like a coat, and approached the man.
“Hi. Mind if I join you?”
He grinned and gestured to the seat beside him. I slipped onto the small stool, perched uncertainly. Then I wiggled my bum a little, thrust out my chest, and gave him my very best come-on smile.
“Looking for a hook up, are you?” His voice caused a curl of heat to gather deep inside me.
I nodded slowly. Better to be honest from the start, I thought. I didn’t have time to say a word. The next thing I knew, he had me thrust against the bar, his lips on mine and his tongue halfway down my throat. But man, what a tongue it was.
He played me like a violin until he lifted his head, casting a wicked smile in my direction. “Your hotel or mine?”
“Umm, yours.” Right now, I felt the rosy glow of arousal roaring through me. Sexy and quick to catch on. Yep, I was sure this guy was a winner.
“You’re not from around here, are you?”
I shook my head. “No.”

Imogene is a mother of two, compulsive reader and bookstore owner. She lives in regional Queensland, Australia with her husband, two daughters, dog, cat and chooks. She has a particular fondness for vampires, star ship captains and things that go bump in the night (especially vampire types!)

Imogene has tried many varied roles in her working life including kindergarten assistance, teacher and childcare director, but rates owning a bookstore and writing her own novels as a highlight.
In her mother and wife alter ego, she has travelled widely and lived in some very unique places including Far Western Queensland, Cape York and even Tasmania. She loves to travel and rates China and Hong Kong among her favourite destinations.

She blames Star Trek Voyager, Firefly and the works of Alexander Kent for her interest in naval and space fleet interests.

On Sunday, January 26th, they’ll be chatting in the Beachwalk Press Readers Group on Facebook. Be sure to stop by and get to know the ladies down under a little better.
Link to the Facebook Readers Group: https://www.facebook.com/groups/157739944430432/