Here's my Sunday Snog from The Meeting Point... Click on the links for more snogs from your fave saucy authors :) 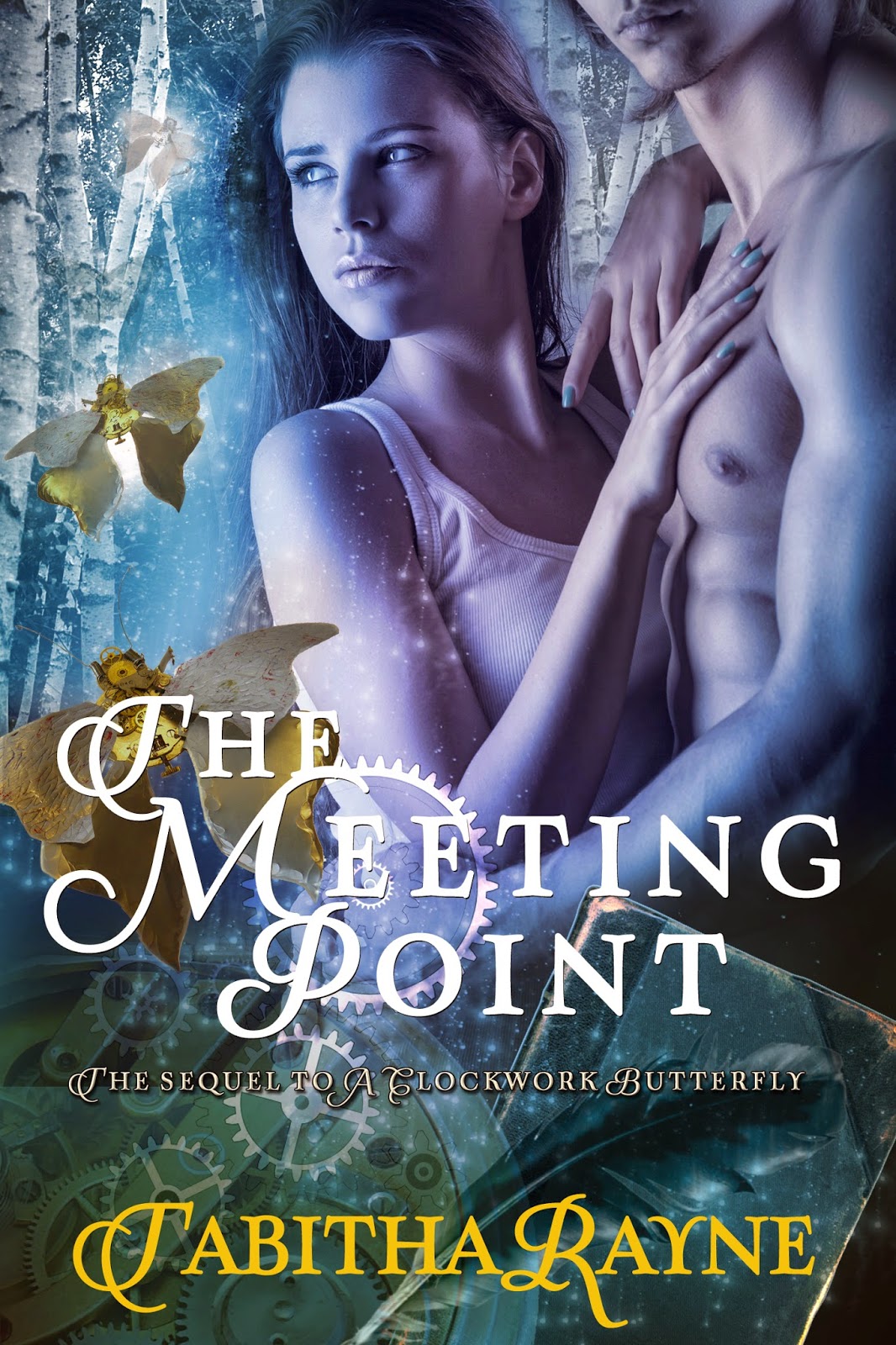 The words came out in great sobs and Deborah was overwhelmed at his reaction. She squeezed
tighter, hoping it would hold his emotions together and not send him spiraling out of control.

“I’ve searched for such a long time. Such a long time. I thought I’d never hold you again.”
She could barely breathe, inhaling shallow hiccup breaths as he squeezed. If she wanted to, she could slip though, right through, into the very soul of him right now. It was a tantalizing thought and she let her physical self go.
“No!” She was being shouted at and shaken. “Wake up! Deborah, my God. I’m sorry.”
Deborah came to, scared once again by his strength and size. What was going on here? Had he lost all sense of scale? Deborah put her hands to her chest and breathed in reviving air, air revved and electric with his aura.
He was smoothing her hair gently once more, his eyes filled with fear. “I thought I’d killed you. I’m so sorry. I—”


Deborah leaned into his lips, tasting her true love for the first time in eight long years. It was the same exquisite Marcus and her mouth watered for his kiss. It came. Soft at first, then hard and fast, devouring her lips, skimming her teeth with his tongue and tangling up in hers. She met him lick for lick, mouths undulating together with need, sorrow, regret, and joy. Deborah couldn’t believe the whirlwind of emotions being explored through this one kiss. The kiss where souls collide...

Check out the other Snoggers at Victoria's site :D