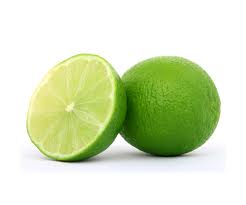 I'm over at Spicin It Up today talking about how buying limes has inspired my editing... come on over and see what I'm on about.

But, and here's the thing - THE BEACHWALK SALE IS NEARLY OVER!  If you haven't read my (award winning... yeeha!) paranormal novella, Mia's Books yet, or the other fab Beachwalk books on offer, quick - they're going for cheap - but not for much longer x x x
Posted by Tabitha Rayne at 11:13 No comments:

Today I'm very pleased to let you know about another new release from the fab Lucy Felthouse - Susie White and The Right Hand Man - here's a little taster - treat yourself!

A wedding, an evil plan, a love story and a sacrifice are the order of the day in this modern retelling of Snow White and the Huntsman. 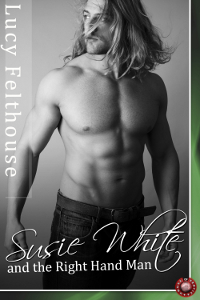 Susie White and her stepmother-to-be have never seen eye to eye, despite all of Susie’s best efforts to be friendly. Eager not to spoil her father’s happiness, Susie still agrees to be bridesmaid at their wedding. When the big day comes, she meets Louise’s right hand man, Scott. Susie had never believed in love at first sight until that moment. The pair hit it off, sharing a mutual dislike of Louise and her wicked ways. Their camaraderie quickly develops into something more, and they date in secret until it’s time for Susie to leave for University – and freedom. Unfortunately, Scott has an earth-shattering revelation, which means the two of them of them must work together to unravel Louise’s evil plan, before it’s too late.
More info and buy links: http://lucyfelthouse.co.uk/published-works/susie-white-and-the-right-hand-man/
*****
Excerpt:
I should have known my stepmother was up to something when she offered to help me move all my stuff to my University digs. It wasn’t like her to be civil, much less helpful, but I figured that she was happy I was moving hundreds of miles away, and therefore would do anything to make sure it happened as quickly as possible.
As my father’s only child, I’m the sole heir to White’s Bites, a massively profitable confectionary company based in Wiltshire, England. My stepmother had made no secret of the fact she resented that she wouldn’t get a stake in the business, should anything happen to my father. Of course, the reason for this was that my father knew the first thing the witch would do was put the business on the market to get her greedy little hands on the cash. I, on the other hand, loved White’s Bites and would continue to run it to the best of my ability.
We’d never seen eye to eye, my stepmother and I. However, it wasn’t the usual ‘child resents someone trying to replace their parent’ syndrome, it was her that resented me.
My mom had died of cancer when I was fifteen. My father and I were devastated, as you’d expect, but I’d always urged him to get on with his life. After all, it’s what mom would have wanted, and I certainly didn’t want my dad to be lonely when I got married and left home.
So, a couple of years later, when dad met Louise and they started dating, I was thrilled. He was happy, therefore so was I. Soon it became more serious and dad wanted me to meet her. I was excited, but nervous.
When the time came and Louise had walked into our house, I’d been in awe. Don’t get me wrong, my mom had been beautiful, but in a natural way, as if she didn’t realise, or care. But Louise clearly did. Her gorgeous hair was perfectly quaffed, and her attractive features were enhanced by expertly applied makeup. Her outfit looked like something from a fashion magazine. I managed to pull myself together before she saw me standing there, all slack-jawed and stupid-looking. Walking towards her, I’d held out a hand.
“Louise!” I’d said, beaming, “I’m so pleased to finally meet you. Dad’s told me so much about you.”
She’d smiled thinly and without any real emotion. “Charmed, I’m sure, Susan.” She’d shaken my hand gingerly, as though she was afraid she’d catch something. I’d half expected her to wipe her hand on her clothes afterwards.
“Oh please, call me Susie.” I’d said, ignoring her odd behaviour. I’d been eager to get on with the woman, knowing it would please my father. “Everyone does.”
Another tight-lipped smile. I’d tried hard to make conversation with her and make her feel comfortable in our home. But I never felt like I was succeeding. At first, I put it down to her being nervous or shy, but as weeks and months passed, I still never felt as though Louise warmed to me. I never bothered my father with my concerns. After all, as long as she liked him, what did it matter?
While Louise and my father were just dating, things weren’t too bad. They went to restaurants, the theatre, the cinema, and so on. I didn’t see her very often, and therefore didn’t have to put up with her frosty behaviour towards me.
Naturally, everything changed when dad told me he was going to ask Louise to marry him. He’d sat me down to break the news – fortunately – and I’d done my best to act delighted. Luckily, dad hadn’t noticed anything was amiss, and as he’d chatted about ceremonies, honeymoons and Louise moving in, a cold shiver had run up my back. This could not end well.
More info and buy links: http://lucyfelthouse.co.uk/published-works/susie-white-and-the-right-hand-man/
***** 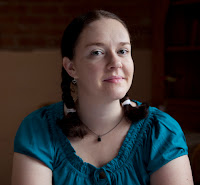 Posted by Tabitha Rayne at 08:30 No comments:

It's Easy as Editing!

Well, I don't know about you, but this new year has got me wanting to clear out all the old stuff that seems to just over take my home!

I am not what one would term 'a domestic goddess' so when I decide that I really must get on with some housework, I usually drift off into that dreamy writer zone and waft my way over to my laptop - and where a shiny new room should be, a story is formed instead.

So how did I manage to spend the day yesterday clearing everything out, sorting, folding, cleaning ironing (!) and even hoovering (!!) until a house of joy appeared?

It's as easy as editing! That's it. Pretend your house is a story and you have to make it better. Just cut all the stuff that doesn't help or isn't needed and hey presto - a streamline sexy clean house. It was a total revelation for me. I know what I'm supposed to be doing and how to do it if I think of it in writing terms. Now, where to submit it?

And on submission news - I have just signed a contract with Beachwalk Press for my new saucy novel, A Clockwork Butterfly- yay! Be sure to check out Beachwalk as they are having a New Year Sale right now - so if you haven't read Mia's Books yet, grab it for a bargain.

So what's all the resolution action going on out there then? I usually resolve not to resolve anything - that way, I can always feel good about my achievements and never have any disappointments... that's the theory anyway. 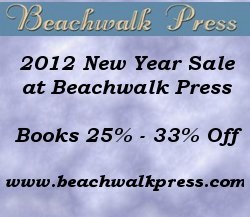 My favourite resolution that I did keep to was to stop wearing black all the time. I stuck to that one and now relish colours and fabrics. All sorts of inspirational feelings can come from wearing particular colours. Like putting on your favourite song, a colourful skirt or top can make you feel fab. Orange is a favourite of mine with turquoise a close second. Oh, and RED!

Something I do need to do is tell you all about the sale at Beachwalk - where you can get Mia's Books - click here to read a fab review...

Posted by Tabitha Rayne at 11:49 No comments: