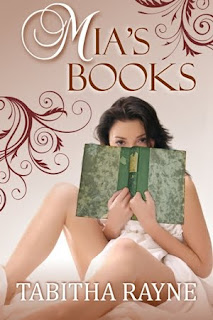 Quick! The Beachwalk sale ends within 24 hours - all ebooks 50% off through Sunday 17th February...

To celebrate Valentine's Day, Beachwalk are offering all the lovely readers this offer - simply use the code VALENTINE2013 - when prompted at the checkout.

A few interesting titles had caught her eye earlier, but she had been so intent on her online affair she hadn’t paid them much attention. She made her way to the adult corner and chose an anthology at random. It looked brand new and didn’t have any stamps on the lending sheet.
Mia cast the flashlight around to find one of the couches that adorned the big room. As the light caught the end of the sofa, Mia thought she saw a shadow flit around behind it.
“Hello?” Her voice quivered, and a chill ran down her neck. She thought she heard an intake of breath and flung herself around the shelf, sweeping the flashlight back and forth over the books. Nothing. As a non-sleeper she was used to prowling the night alone, but she was most definitely not immune to freaking herself out.
She shrugged and took a seat on the cool, hard leather of the couch. She was cocooned in darkness, and it made her feel a little more comfortable. Taking off her sweater, she placed it at the small of her back, and stretched out her legs down the length of the sofa. As she took a deep breath and got ready to read, the same chill ran through her, over her chest this time, and Mia was amazed to feel her nipples stiffen under her blouse. She aimed the beam at her chest and sure enough, there they were standing proud and erect like frozen little buds. She reached up to one and rubbed it between her fingers. It really was cold. It was the oddest sensation, but one she was keen to explore further.
Holding the flashlight in her mouth, she untucked her top from her waistband and slid her hand up onto her bare breast. She opened the book with her other hand while softly massaging her nipple around and around.
The story began, setting up the characters and plot, but Mia skipped on until she found the words she was looking for: pussy, cock. She felt a flush deep between her legs as the sensation in her nipples intensified to both breasts now. The stimulation from her fingertips was being mirrored onto the other. The icy touch in her left breast was magnifying, as if it was being massaged by another person. She maneuvered the flashlight between her teeth to see the fabric of her shirt being pulled and puckered in time with the sensations. She shrieked, dropping the book and flashlight, and scrambled onto the floor.
“What the fuck was that?” Her voice was breathless and trembling. “Where are you?”
She was met with deathly silence, and she gulped in air to keep up with her heartbeat.
Warmth reclaimed her nipples, and her breathing slowed. She picked up the flashlight and swung it around, knowing that she wouldn’t see anything. Don’t be ridiculous, she kept telling herself over and over again. Shaking with both fear and arousal, she took her place on the sofa. She put the flashlight back in her mouth and picked up the book. As she brought it up to lean on her thighs, she realized it felt different. Her fingertips detected leathery raised text on the cover where before the book had been smooth and pristine. She leafed the edge of the pages to feel them soft and worn, and inhaled the musty scent of an ancient tome. Mia was trembling when she finally shone the light on the title.
Ghost Lover.
The beautifully embossed gold font was bordered by strange dark symbols and patterns. Mia was still shaking as she opened the first page. It was blank, but as she looked more closely a smudge of black ink began to form and take the shape of beautifully handwritten words on the page.
My gift to you, Mia it spelled out in stunning calligraphy.
Mia didn’t know what to do. Run? Scream? Enjoy? She’d read about paranormal romance but never actually believed it could happen.
Concluding that she had hatched this plan to read erotica and get some relief from her nocturnal craving, she decided to relax and take this gift. After all, she could be dreaming, and that would be a dream come true in itself.
“Okay,” she whispered through the shaft of the flashlight and leaned back into the sofa, bringing her knees up to hold the book. She parted her legs just the teensiest bit, and a wisp of icy air caught the hem of her skirt and burrowed into her panties. She gasped. “My God, you see everything.”
She opened the book once more and found that she was reading her own story through the eyes of the being that surrounded her.
Once, there was a stranger who came to this place with a need. She yearned so badly to be touched that I was tempted by her and broke the vow. Her bosom heaved, and I had to touch...
Mia couldn’t focus on the words as the chill had returned and was slowly tugging her blouse free from her skirt. One by one the buttons began to twist and open to reveal her body shining in the torchlight, every tiny hair standing in the wake of the ethereal touch. As the cold reached the last button at her chest the entity roughly ripped it apart, and the book fell to the ground.
Mia’s legs were forced open by the presence who lay on top of her. There was no weight, just presence. Mia, still holding the flashlight in her mouth, saw the indents in her flesh and skirt where the ghost lay. Her skirt began to slide up her thighs and over her buttocks. The conflict of heat and damp in her panties and the icy breeze of the ghost made her crush her pussy walls together with desire.

Click here to buy and remember to use the code VALENTINE2013
Thanks for having a look - hope you had a gorgeously saucy Valentine's x x x T
Posted by Tabitha Rayne at 21:18