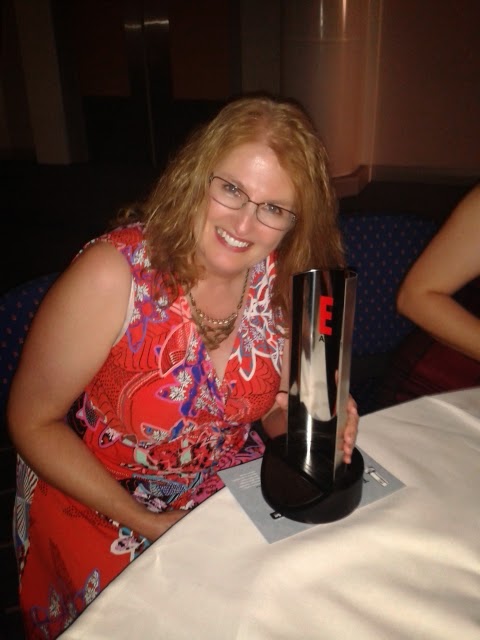 American transplant to the Lake District, MARIE WARREN, didn’t know she could unleash demons and enflesh ghosts until a voyeuristic encounter on the fells ends in sex with the charming ghost, ANDERSON, and night visits from a demon. To help her cope with her embarrassing and dangerous new abilities, Anderson brings her to the ELEMENTALS, a coven of witches who practice rare sex magic that temporarily allows needy ghosts access to the pleasures of the flesh.
Buy links: http://kdgrace.co.uk/books/lakeland-heatwave-book-i/
Add to Goodreads:  https://www.goodreads.com/book/show/13064244-body-temperature-and-rising

Cassandra Larkin keeps her ravenous and dangerous sexual appetite secret until she seduces Anderson in the mysterious void of the Ether.  Anderson is the sexy, insatiable ghost who can give her exactly what she needs.

But sex is dangerous in a place like the Ether…
When the treacherous demon, Deacon, discovers the truth about the origin of Cassandra’s powerful lust, he plots to use her sex magic for revenge on Tara Stone and the Elemental Coven, who practice their own brand of sex magic.
Cassandra must embrace the lust and sexuality she fears and learn to use its power. Will she stand with Anderson, Tara, and the Elemental Coven against Deacon’s wrath or suffer the loss of friendship, magic and love?
Buy links: http://kdgrace.co.uk/books/lakeland-heatwave-book-2-riding-the-ether/
Add to Goodreads: https://www.goodreads.com/book/show/13175174-riding-the-ether

Obsessed with revenge, KENNET LUCIAN makes a deal with a demon, a deal he comes to regret when he meets TARA STONE, head of the Elemental Coven, and a powerful witch with a desire for revenge at least as great as his. Even though the attraction between the two is magnetic and the lust combustive, Kennet must betray her to accomplish his goal, which is ultimately her goal as well; to put a final end to the demon, Deacon’s, reign of terror. But can Tara trust the man who has wormed his way into her heart and the heart of the Elemental Coven? Can she trust LUCIA, the demon with whom Kennet is allied, a demon with her own agenda. The path to Deacon’s destruction is far from clear, and the price that must be paid to be free of him forever may be too high, even for Tara Stone.
DEACON, the demon Marie has unleashed, holds an ancient grudge against TARA STONE, coven high priestess, and will stop at nothing to destroy all she holds dear. Marie and her landlord, the reluctant young farmer, TIM MERIWETHER, are at the top of his list. Marie and Tim must learn to wield coven magic and the numinous power of their lust to stop Deacon’s bloody rampage before the coven is torn apart and more innocent people die.
Buy links: http://kdgrace.co.uk/books/lakeland-heatwave-book-3-elemental-fire/
Add to Goodreads: https://www.goodreads.com/book/show/16222404-elemental-fire
*****
Author Bio:
K D Grace believes Freud was right. In the end, it really IS all about sex, well sex and love. And nobody’s happier about that than she is, otherwise, what would she write about?
When she’s not writing, K D is veg gardening. When she’s not gardening, she’s walking. She walks her stories, and she’s serious about it. She and her husband have walked Coast to Coast across England, along with several other long-distance routes. For her, inspiration is directly proportionate to how quickly she wears out a pair of walking boots. She also enjoys martial arts, reading, watching the birds and anything that gets her outdoors.
K D has erotica published with SourceBooks, Xcite Books, Harper Collins Mischief Books, Mammoth, Cleis Press, Black Lace, Erotic Review, Ravenous Romance, Sweetmeats Press and others.
K D’s critically acclaimed erotic romance novels include, The Initiation of Ms Holly, The Pet Shop. Her paranormal erotic novel, Body Temperature and Rising, the first book of her Lakeland Witches trilogy, was listed as honorable mention on Violet Blue’s Top 12 Sex Books for 2011. Books two and three, Riding the Ether, and Elemental Fire, are now also available. She was nominated for ETO’s Best Erotic Author 2013.
K D Grace also writes hot romance as Grace Marshall. An Executive Decision, Identity Crisis, The Exhibition are all available.